Recently I purchased a condo in Tarpon Cove.  Perry was the listing agent and this was the second Tarpon Cove sale he had helped me with–about three years ago he listed and sold my villa on Catamaran.  Both transactions had some difficulties–the villa was sold and then the transaction had to be cancelled.  Perry could have asked for his commission to be paid but instead worked through another deal for me with better terms.  During the condo purchase just completed we discovered that there was supposedly a lein on the property.  Perry investigated and found it was a mistake by the tax authorities.  He got the problem corrected and coached me through getting a mortgage and closing.  There are a lot of agents who claim they can list and sell your property but the “proof of the pudding” comes when problems are encountered.  Nobody anticipates or handles these problems better than Perry.  I would strongly recommend him to sell or buy your property. 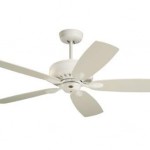